What if The Emperor & Darth Vader Built the Death Star Using Building Commissioning?

The storyline of the greatest movie saga of all time could have changed completely if the Empire had engaged a Building Commissioning professional.

That’s a pretty bold statement, but it’s true. I don’t know if my level of nerd-ness is impressive or sad, but since the Star Wars movies have been showing this week, (Episode IV is my all time favorite movie) I got to thinking of the many places where the bad guys went wrong. Of course, without ridiculous mistakes by the villains, the good guys would rarely win on TV or in the movies.

These guys used The Dark Side of the Force after all – they didn’t need to use the commissioning process on their galactic dominance machine, did they? I mean, the Emperor can shoot LIGHTNING from his hands, so that means he’s no dummy. Or maybe he and Darth Vader got overconfident after all their success. Granted, The Emperor isn’t worried about reducing the building’s energy use since he can shoot lightning from his hands. 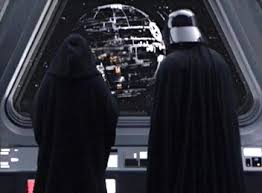 I wonder if they scared the contractors into building too quickly?

So, let’s take a look at where The Emperor and Darth Vader went wrong. For fun, let’s blame the whole project team. After the movie begins, all the guys are in yet another meeting in the Death Star’s boardroom, reason enough for everyone to be cranky. And I’m sure the project team is giving the usual assurances to the Owner as to project success. They’d better, right?

Since Darth Vader clearly is not a people person, he’s not in the mood for talk about how the Death Star is more powerful than The Force. I mean, at this point, Darth Vader has lost his family and several appendages over The Force, so don’t talk smack about how the Death Star is the supreme power in the universe. But that’s exactly what this guy does:

or maybe this is his take:

if you’re gonna get thrown under the bus, take someone with you

or how about this one:

And you should be proud, when you’ve designed and built something like this: 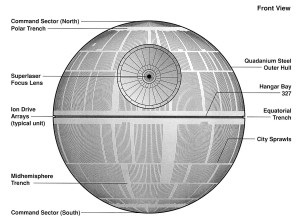 Then Darth Vader gets to do what we all have probably wanted to do in a meeting, but as we find out later in the movie, he has a pretty good reason: 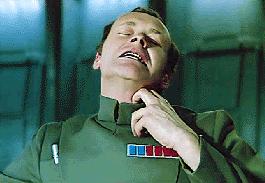 And things roll downhill from there. Which brings me to this about Building Commissioning:

Building Commissioning is a way of measuring and verifying that a building (or just one building system) performs as the Owner intended. Or put another couple of ways, it’s a process for making sure the customer (Building Owner) gets what they want, or if you’d like, it’s a process that helps us “Trust but Verify” the project lives up to expectations–you know, the thing actually works as intended. As we’ve come to expect more efficient performance from our building systems and operations, we’ve seen some supposedly high tech, high performance building projects fall flat when checking actual performance criteria. Building Commissioning is usually applied to an entire building early in the project (in the pre-design stage) so that the building will perform.

You’d think of all people they wouldn’t need building commissioning – after all, these guys all lived in a time where space ships could travel faster than light speed.

So then a bunch of highly unlikely situations occur where two robots outrun a whole army of guys with spaceships and tamed desert lizards, four guys rescue a captured Princess from the most powerful, yet not very secure weapon in the universe (again looking at you, project team, for misplacing the tractor beam controls), and then a highly overmatched group of fighters attack the Death Star and blow it up. 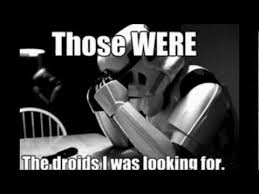 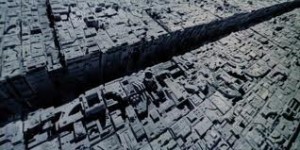 Don’t even think about blaming the civil engineers for this. 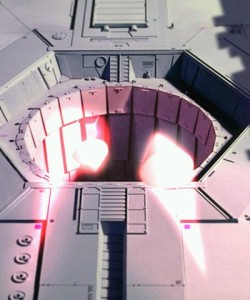 I bet someone “value engineered” the removal of protective shielding

And here’s what follows: 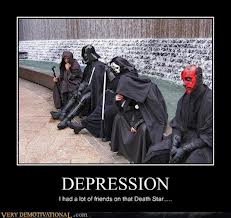 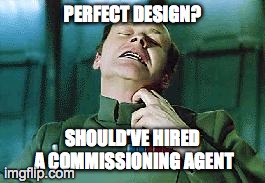 That guy found out the hard way. You don’t have to.

What systems are commissioned?

Typically, all mechanical systems (HVAC) are commissioned, as well as electrical, Life Safety, building automation systems (BAS), and other special components. This goes beyond just Testing and Balancing work–although TAB is an important part of HVAC systems commissioning. And sometimes the building enclosure (roof, walls, windows, etc.) are commissioned as well. Yes, the enclosure is a building system, and depending on the overall building design, there may be unintended interaction between the HVAC system and building enclosure.

The testing, measuring, documentation, and verification part of commissioning is a great way to kick the tires to make sure critical building system components actually work before they’re really needed. The fancy phone app screen may say the backup generator is ready, but the generator may not work when the storm knocks out power. That’s not the time to troubleshoot.

So when one of the bad guys came to deliver the bad news right before the Rebels attack, it was too late. Ironically, the bad guys had the ability to detect and fix the Death Star’s fatal flaw all along. Totally avoidable.

What could have happened is the Rebels attack, thinking they’ll blow up the Death Star, but instead that huge death ray shoots out and whacks all the good guys. Galactic dominance follows.

But then there are no more Star Wars movies, no billions in revenue, millions of nerds like me without a hero. So I get where George Lucas was heading with it.

Defining the OPR can establish the Owner’s requirements for enclosure performance, or temperature, relative humidity, and indoor environmental quality (IEQ) criteria, and help the Design Team and Contractors understand what frustrations the Owner has experienced, and almost importantly, help the whole project team understand what the Owner wants to avoid.

Amazingly, much the same problem occurs in Episode VI – but I’ll save that for another post. Some folks are just hard headed, I guess.

So the good news for us is we’re not trying to protect our fearsome galactic domination weapon from attack – but we need to define the OPR every time.

You don’t have to be a Jedi Knight or Sith Lord to engage a building commissioning professional. We don’t use The Force. But it sure would be cool if we did!

Typically, the Owner engages an independent third party to facilitate commissioning. This person acts as the Owner’s representative in preparing building commissioning plans, communicating with Design Team members and Contractors, reviewing design documents, evaluating test results and reports, and training of Owner’s personnel in O&M procedures. This person checks as appropriate to make sure the commissioning plan is being executed, and in the end, prepares a report outlining results.

Not as exciting as using The Force, but this stuff is pretty important.

If you have any interesting Building Commissioning FAIL/movie tie-ins, please send them to me. I’ll update this blog post with the greatest hits. I’m open to anything – just keep it clean.

May The Force be with you. Contact me for a free 30 minute consultation if you have any questions about building commissioning.