Respecting Your Elders – Especially When it Comes to Building Science

Respecting Your Elders – Especially When it Comes to Building Science

How many times has someone (usually older than you) told you to respect your elders? Probably more than a few. And if you’re like me, you probably rolled your eyes plenty of times because you were a young know it all who didn’t need any help or the benefit of experience shared by an older person.

This post got delayed a bit (a lot) because of the Great Flood of 2016, and life in general. I intended to write on this topic after attending the Building Science Corporation Summer camp in Westford, Massachusetts. It was their 20th session, very well attended, which should tell you something. Yes, it’s a working vacation of sorts and a lot of fun, but more importantly, a good chance to be around some very knowledgeable building science professionals.

As I looked at the attendees, one thing that stood out was that there was a considerable amount of building science experience among the group. A lot of the attendees are greatly accomplished, and a lot of them are older. My son and I like to joke about how old people like me know stuff, because he thinks I’m old. I mean, what teenager doesn’t think their parents are old? I’ve noticed that some of my younger colleauges think I’m one of these old guys too. 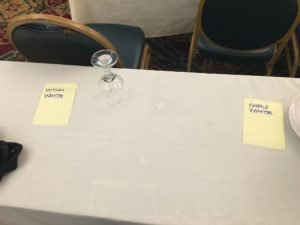 Anyway, there’s this Heineken beer commercial from a few years ago where a younger guy talks about how he’s improved his golf game by learning from the old guys. If you’ve played golf with older people, they probably score better than you, and if you play for money, they’ll clean you out. Yet somehow they do this without hitting the ball as far as you do, which makes it even more aggravating. How can this be? For one thing, it might result from playing smarter, not harder. My Dad, though, plays golf so much while I’m here at the office doing all the work, so he shoots for a lower score AND outhits me. I threw that in just to see if he reads this.

What is it with me and beer commercials? I don’t know what to say – blame it on watching baseball.

I can hit the ball a long way, most of the time. But I also don’t know where it’s going.

Besides being funny, the commercial raises a good point. Most older professionals are very good at what they do (since they’ve been at it a while!), and often work circles around us younger people when it comes to results. This despite being younger and most of the time having greater abilities with technology. The more experienced people work smarter, not harder. Not exactly profound, I know.

Sadly, younger people, myself included, don’t always take the time to soak up knowledge that our elders offer out of the goodness of their hearts. This post is not about any particular building science tip or trick, or how to avoid mold or any other environmental problem, or construction defects. It’s about appreciating the people around us. Especially the ones that offer help without being asked.

I can name a lot of examples, most obviously my parents and in-laws, but I’ll mention a guy named Ed. Ed’s a lot of fun to be around. He tells funny stories about life in general, but he also has a lot of really good stories about his career. Ed has been there done that, and by all rights could just sit back and watch the rest of us stumble around trying to figure out building science. Instead, Ed and others like him have no problem taking the time to share their wisdom. 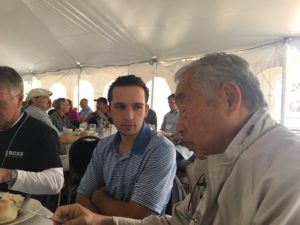 Ed sharing his experience with my cousin

By the way, impressive that my younger cousin wanted to attend Summer Camp this summer. When I was 20, I was interested in doing anything other than learning. In summer. Shocking, I know.

Respect your elders, and learn as much building science (and life lessons) as you can from them, and enjoy being around them. One day someone will look up to each of us – not a responsibility to be taken lightly.