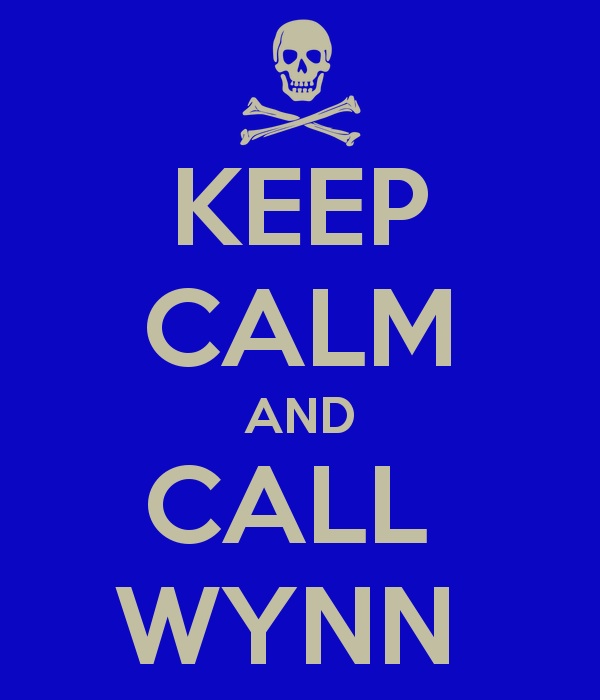 This is a pretty big project, involving 9 buildings, with an approximately 300’ x 300’ footprint. And located right off a heavily traveled street.  By the way, also very close to a university athletic complex.

So we get the available environmental survey data, past abatement project records, and do some site work of our own to come to grips with the existing environmental hazards, such as asbestos, lead, mercury, and PCBs. Good thing we did, because there were some asbestos containing materials not identified in the original survey, like this: 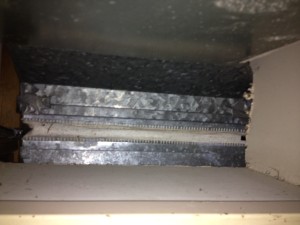 Sometimes weird habits help out. Any time I go into a room or building, I scan the floor, walls, and ceiling for environmental “stuff”. I caught this by looking up, just out of habit, and saw this flexible duct connector. Here’s something else not found on the original survey: 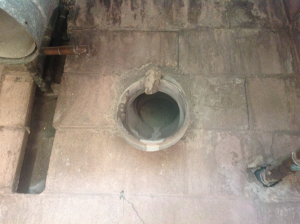 transite heater vent – where does it go?

We found this by looking at the original plans. Sure enough, there was a detail showing the transite. It pays to know the people who have the keys to the building, and any old drawings. In this case, the University has a guy who’s very much on top of their drawing archives. 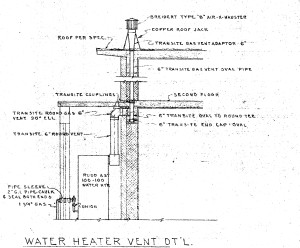 Fast forward a bit through design phases, document review, and advertising for bids. The pre-bid meeting went well, with some contractors I know showing up, as well as a lot of new faces. That’s to be expected – a publicly advertised project of considerable size will draw contractors from near and far, as was the case here.

I had a pretty good feeling a contractor would bid well below my abatement and budget estimate, since some contractors (not all!) appear to have the mindset of submitting low bids to win the job – and either cutting corners to still make a profit, or better yet, lay back and wait for change orders and take advantage of the Owner. At the bid opening, we had bids ranging from a high of $1.2 million, with most concentrated in the $650k to $800k range. The contractors bidding in the $650k – $800k range are contractors I know and work with a lot, so I respected their numbers.

The low bid, on the other hand, was a completely different story. The low bid was…..$345,678. It’s one thing to be that low, leaving almost $100k on the table, but a bid that has sequential numbering? And you know by now that the low bidder is almost always going to get the job, even if you have a feeling there could be problems with misunderstanding the project scope, or if there’s the intent to cut corners (just sayin’!). Later I’d learn this contractor has a special, at-random method for calculating his bids – most notably by looking at his speedometer and going with his current speed, multiplied by 1,000. I’m not kidding. And I’d never worked with this contractor, so I had no idea how he’d approach this project.

Since this amount was a little over 1/3 of the amount I estimated, you can imagine that I was a bit apprehensive about this. I was apprehensive of the next two low bidders, and those amounts were almost $100k higher! It was one of those deals where you call the contractor and ask them if they’re sure about their bid amount. The reply I got at first was, “Sure! I got this! We bid jobs low because we like to save money.”

Remember the scenes in Star Wars where Han Solo says “I’ve got a bad feeling about this.”?

I’ll pick up from here in the next episode. Until then, my friends, remember: 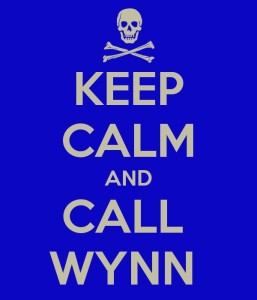