Are Trump and the EPA Going to Make Asbestos Great Again? 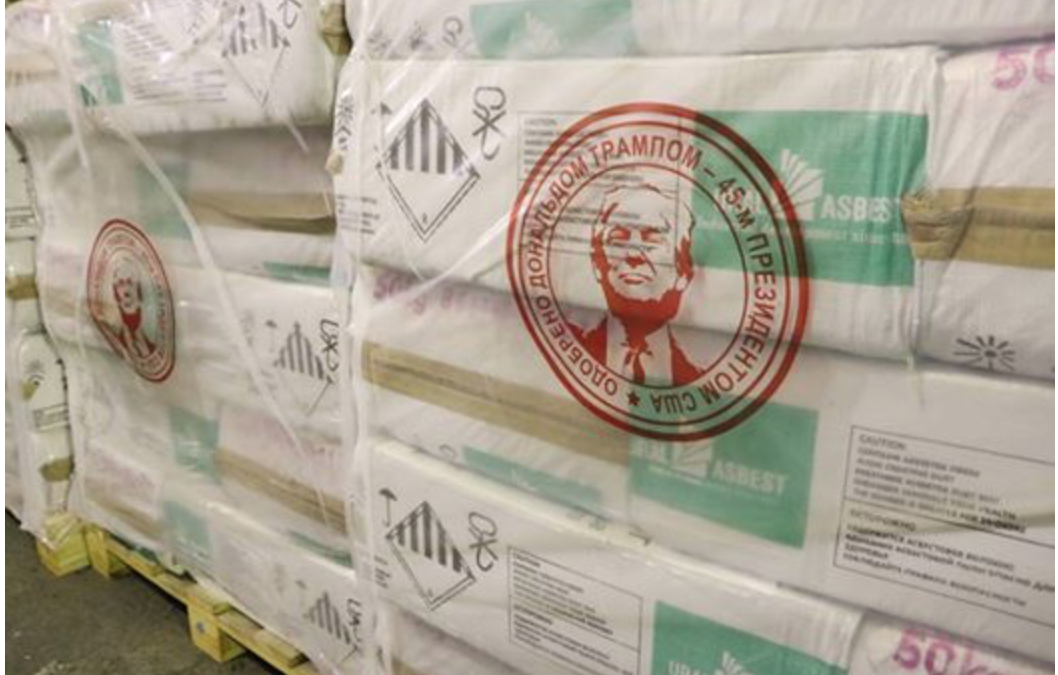 Are Trump and the EPA Going to Make Asbestos Great Again? Will EPA protect us from asbestos, or will EPA allow new asbestos containing products? Except for trial lawyer commercials, I don’t think asbestos has gotten as much news in the last 25 years as we’ve seen over the last couple of weeks. The EPA Significant New Use Rule on asbestos (SNUR) has caused quite a stir.

Depending on what you read or who’s talking, the U.S. EPA is either taking proactive steps to protect us from still present asbestos hazards, or Trump and his buddies (including the Russians!) are looking to bring asbestos back because they don’t care about killing people while making a dollar (or ruble!).

After reading the Significant New Use Rule and other articles on this story, I’m still not sure where I stand. I’ve tried to confine my thoughts on this to experience and common sense, but in some ways this story is so ridiculous that I can’t help but veer off into satire. Snopes has a very interesting article that’s worth checking out.

Fact: asbestos is a great construction material. It’s strong, extremely durable, and resists heat and chemical attacks. Here’s another fact: like a lot of other materials, it can be harmful. Don’t breathe it or swallow it. Unless you’re properly trained, equipped, accredited, and ready to do the work, don’t disturb it unless you’re serious. Kind of like picking up a gun. Don’t mess with it if you don’t know what you’re doing. But make no mistake – if asbestos weren’t harmful, we’d still be using it without restrictions.

Asbestos products are still out there, so no, there’s never been a 100% complete ban on asbestos products here in the U.S. That means there’s no date cutoff for determining with absolute certainty that a building doesn’t contain asbestos, unless the building contains only wood or other materials that obviously don’t contain asbestos. That’s been the case – even before Barack Obama or Donald Trump took office. It might surprise you to find that some 300 metric tons of asbestos imported into the United States in 2017 alone.

Having said that, finding asbestos in new buildings is pretty uncommon – but not unheard of.

We can’t let our guard down and think we no longer are susceptible to asbestos exposure risks. Even after 30 years in the asbestos business, we still see poorly planned and executed renovation and demolition projects in buildings of all ages – much of the time without determining if asbestos is present.

There are some applications where asbestos is the best material for the process – I’m thinking of the chlorine extraction process or use of asbestos containing gaskets. Chlorine certainly can be dangerous if something goes wrong or is mishandled, but without chlorine we’d not have thousands of very useful products. And people I know in industrial facilities tell me that asbestos gaskets are the best they’ve ever seen. Gaskets may not seem important, but let one fail and see what happens.

What is this Significant New Use Rule and what does it mean?

Products that have been banned are supposedly still banned. The purpose of this rule is said to tighten restrictions on asbestos that were previously poorly defined, or weren’t defined at all. So are we going to have new products hit the market, or are we safer than ever? I can’t answer that – it appears that a company seeking to use asbestos has to apply for EPA approval and wait for a yes or no decision before going forward. I guess I’m comforted by the fact that EPA will review these applications on a case by case basis, but apparently EPA is not going to take into account known, indisputable facts on asbestos health effects. This makes no sense to me. I’m sure there’s some government-speak out there on some obscure, convoluted website that explains this in a never-ending series of run-on sentences, but I just don’t have it in me to find it.

Whatever the real purpose, this is supposed to make us safer. Since that’s coming from the feds, I feel much better.

But for now, there’s supposed to be no new uses or products that are imminent.

In a kind-of related note, who would want to make and sell products with asbestos, besides the countries that still export? I wouldn’t want the hassle (and maybe the bad PR that could go with it) of trying to get products approved. 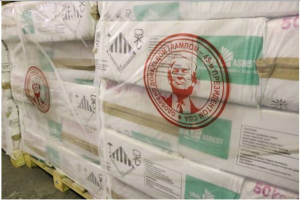 I don’t speak or read Russian, and haven’t verified this is a real photo, or the products shown contain asbestos, or the text on the labels and emblems, but this is so awesome that I had to put this here, since I guess we no longer import Canadian asbestos, instead opting for Russian asbestos. That’s because we’re in a trade war with Canada since Trump hates Trudeau and Putin is really giving Trump all his marching orders.

Why not just ban asbestos entirely?

It’s interesting to note that the Significant New Use Rule on asbestos EPA factsheet points out that the previous administration had an opportunity to take action on this and make us safer but did nothing. But apparently George W. Bush didn’t have the same opportunity. I’m sure that’s merely poorly written and not an effort by Republican operatives in the EPA to make Democrats look bad. I mean, who would politicize environmental issues? I’m not an Obama supporter, but why go out of your way to say the Obama EPA did nothing on this, when by doing nothing, former EPA administrators weren’t allowing potential new uses (leading to the argument that they kind of were doing something)?

What does this mean for building owners? I’m concerned enough about asbestos that remains in buildings without adding to the worry if we install new asbestos containing materials. Imagine you’re a building owner that’s worked for years to become asbestos free, only to find you’ve installed MORE asbestos?

What does this mean for architects and engineers? Interestingly, the American Institute of Architects (AIA) issued a statement calling for an outright ban on asbestos. I can’t say I blame the AIA – they’re looking out for their membership. Since architects are credited (or blamed!) for building material selection, they face huge potential risks. If you’re an architect and you’re asked to sign a statement that says your design didn’t include asbestos containing materials, proceed with caution if you don’t have test results to back them up.

What does this mean for contractors? In some U.S. states, pretty much anything goes when working on certain products that contain asbestos. Regardless of what government or industry experts may say, I’ve seen supposedly “safe” work practices that release significant asbestos fibers – in some cases enough to fail EPA clearance criteria for school projects. Not dust or particulate overloading – actual asbestos fiber counts that rendered the samples unreadable. I think this happens way more than is reported. Interestingly enough, no matter what EPA says, contractors still have to comply with OSHA standards for asbestos. Contractors may have a tough time complying with training and work practice requirements as a result of the Significant New Use Rule on asbestos. 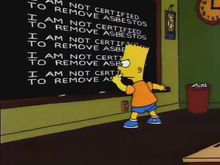 Given the irrefutable data on health effects from asbestos exposure, regulatory history, and litigation, I think building owners, architects, engineers, contractors, and anyone operating facilities could face huge risks – even if EPA came out and said all asbestos use were perfectly ok.

This will probably get much more interesting as we see how industry and EPA officials react and the Significant New Use Rule on asbestos gets tested. And I’d be surprised if there weren’t a ton of litigation over this. Goodness knows we haven’t yet had enough on asbestos.